I’ve done what I vehemently advise writers not to do: I started four wildly different novels, all of which are now in varying stages of completion. One has a first draft, another has a 10,000-word outline, the third has the first chapter but no outline, and the fourth has 7,000 words written and polished.

I love them all and intend to finish them all, but I know I’m at that point now where I need to pick one and bring it to completion. I’m struggling to decide. Should I pick the one that’s easiest to complete? The one that’s most likely to be commercial? The one where I know how it ends? The one that fits in with the style of the two I’ve written already?

I don’t have answers, just questions.

But I’ve given myself until the end of the weekend to decide. Next week, we commit to finishing.

TikTok has become a massive force in both indie and traditional publishing circles, which is why I’ve written about it a few times. The New York Times published a piece last week about the immense power BookTok increasingly has in publishing. “Now one of the commanding forces in adult fiction, BookTok has helped authors sell 20 million printed books in 2021, according to BookScan,” journalist Elizabeth A. Harris writes. “So far this year, those sales are up another 50 percent. NPD Books said that no other form of social media has ever had this kind of impact on sales.”

On the media side, according to the 2022 Digital News Report from the Reuters Institute, TikTok is the fastest-growing social network in terms of news consumption. Among people aged 18 to 24, 40% use TikTok and 15% use the platform for news.

This is all great, and it means that you should be building your audience and platform on TikTok, right?

Go under the surface a tiny bit and you’ll see the iceberg.

In the US, FCC Commissioner Brendan Carr called this week for the app’s removal from the Google Play and Apple stores following a BuzzFeed news report claiming that US user data has repeatedly been accessed from China. “According to leaked audio from more than 80 internal TikTok meetings, China-based employees of ByteDance have repeatedly accessed nonpublic data about US TikTok users,” Emily Baker-White reports.

The US is not the first country to consider a ban on TikTok. The app has been banned in India since 2020 due to similar concerns. Overnight, content creators lost millions of followers and full-time incomes that were reliant on this user base.

I reiterate what I have been saying since the inception of The Wordling and for years prior: Any time you’re dependent on a platform to access your audience, you are at the risk of losing that audience. Twitter accounts get hacked. Facebook wants you to pay to access your own audience. And TikTok may get banned in your country.

Build Twitter, Instagram, Facebook, and TikTok followings, sure. But use social media so that people can discover you and be guided to your community. Don’t let social media become that community. Build a direct relationship with your readership through an email list. That way, if a social media platform goes down, it won’t take your entire freelance or author business down with it.

Why my second book took 20 years to complete: “I spend a lot of time chasing down freelance work to supplement my part-time job, while allowing myriad family dramas to sideline me,” writes Nina Shope. “My tendency to anticipate and prepare for constant crises has affected my experience of time. The intervals between terrible events seem to collapse, and it becomes incredibly difficult to absorb the progression of years. Any stretch of calm becomes something I am reluctant to disturb by entering the intense and stressful headspace of writing.”

Our How to Pitch page now has 120+ pitching guidelines, including National Geographic, The Economist, Financial Times, Wired, and more. 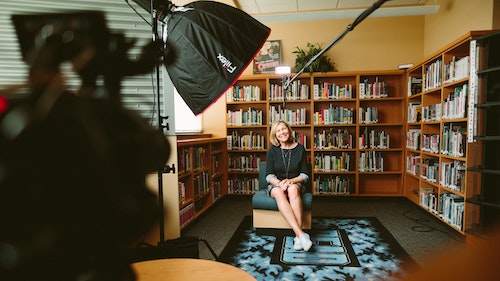 Our weekly interviews have been on hold as we found our footing with The Wordling. Starting next week, however, the interviews are back! And we’ve even created a dedicated page for them so that you never have to miss a single one.

Check out our previous interviews here.

(Have someone you’d like us to feature? Hit reply and let us know.)

Be better today than you were yesterday.

That’s it. That’s your job. Your only job.

SAUDI ARABIA: “A Saudi Arabian girl was confirmed as the youngest person to publish a book series by Guinness World Records. Ritaj Hussain Alhazmi was just 12 years and 295 days old when she had published three books and was writing a fourth one.”

EUROPE: “On Saturday, the European Parliament passed the Digital Services Act which aims to provide a framework to enable all countries in the European Union to battle digital piracy, as well as other crimes committed online. Among the key regulations imposed by the new legislation is an obligation for platforms to be more transparent, thus making them more responsible for illegal material that appears on, is sold, or else distributed through their sites.”

NORWAY: “The 2022 Future Library is a 100-year art project created to expand people’s perspectives of time, and their duty to posterity. Every year since 2014, the Scottish artist Katie Paterson—along with her Norwegian counterpart Anne Beate Hovind and a group of trustees—has invited a prominent writer to submit a manuscript, and the commissioning will continue until 2113. Then, a century after the project began, they will all finally be published.” 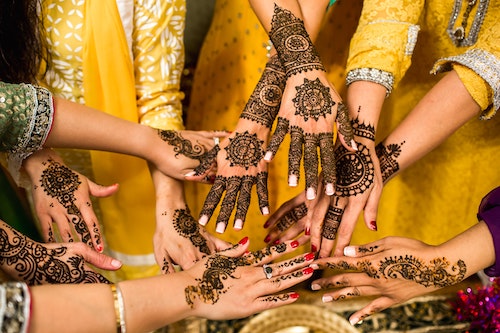 Photo by Vitaliy Lyubezhanin on Unsplash

“You can’t let praise or criticism get to you. It’s a weakness to get caught up in either one.”

It’s too nice a day to be spent inside, so the Wordlings are taking their computers and heading outside to work in a coffee shop. Share The Wordling if you’d rather be working outside, too.