My partner (Sam) and I had a meeting last week to talk about the future of The Wordling. It was a good meeting and I’m excited about the new things we have in store for you. In addition to creating dozens of new (free) resources that will help you in your career, we’re also trying to work out how we can help you in ways that help you make more money and get more satisfaction with your writing.

So, tell me! What resources can we provide? What do you feel you desperately need but that no one is offering? How can we make your writing life easier, simpler, and more effortless?

Hit reply and let me know. I’m eager to create it!

The rise of the backlist

In a remarkable rise to the top, Kate Bush’s classic song Running Up That Hill, originally released in 1985, went to number one in the UK singles chart last week. The song found new fans and audiences after being featured in the Netflix show Stranger Things.

Bush has broken three UK chart records with her number one placing. She is the oldest woman to top the chart. 37 years is the longest time a song has taken to get to No. 1. And Bush also has the longest gap between No. 1 singles, with 44 years elapsed since her debut, Wuthering Heights.

“This is a whole new audience who, in a lot of cases, they’ve never heard of me,” Bush told BBC’s Woman’s Hour. “The thought of all these young people hearing the song for the first time and discovering it is very special.”

Which brings us to books. More specifically, the backlist.

In February 2021, four backlist titles appeared on the New York Times bestseller list after their respective Netflix adaptations aired. Bridgerton, The Queen’s Gambit, Lupin and Firefly Lane were all based on novels of the same names, giving the books new audiences and readership.

Three weeks after the premiere of The Queen’s Gambit, Walter Tevis’ book appeared on the list for the first time since its release in 1983. Maurice Leblanc’s Lupin, which was published in 1907, made it to the top five bestsellers on Amazon 10 days after its debut on the platform. As for Kristin Hannah’s Firefly Lane, the author’s novel landed a spot on the list a month prior to the series’ premiere date.

But Netflix isn’t the only driver of backlist sales.

TikTok was also a surprise driver for new and older books as sales rose 5% for print and digital, grossing £6.7bn in sales for UK publishers alone, according to the Guardian. Publishers Association chief executive Stephen Lotinga told the Guardian that BookTokkers were often eschewing the latest releases and instead rediscovering books that are sometimes decades old. “An extreme example was how, just before Christmas, an unexpected hit was Cain’s Jawbone, written as a murder mystery puzzle by Edward Powys Mathers under the pen-name Torquemada in 1934. It became popular when TikTok user Sarah Scannell posted a series of videos charting her quest to solve the puzzle.”

A more recent book, We Were Liars by E Lockhart, was published in 2014 but gained a new lease of life when it was rediscovered on the social media app last year, giving it, said Lotinga, “four or five times” the sales it had had in 2020.

1. The launch is not as crucial: There were a couple of decades beginning in the 90s when the launch week of a book meant everything to a publisher. If a book didn’t do well in the first week, they considered it a failure and stopped putting resources into it. This is now changing.

2. There is no timeline for success: Something you wrote years ago could become popular today. Fight hard to keep your backlist titles in circulation and if your publisher has let them go out of print, get the rights back and publish them yourself.

3. Books are being discovered organically. But a book can’t be discovered if it’s unpublished and sitting on your hard drive. Make sure the manuscripts on your desk are getting finished. And published.

How to sabotage your self-published book: Too many self-published authors make common blunders that guarantee their books will receive negative reviews and no buzz, writes Paul Goat Allen.

How (not) to get a book deal: Writers who want to publish their first book must ask themselves one question: do I have a book that is ready for the marketplace, writes Summer Brennan.

Work is ongoing on our Agents database. Over time, we intend to give each agent their own page with up-to-date details of what they’re looking for, links to their recent sales, what’s been written about them in the media, and feedback from authors on what it’s like to work with them.

In the meantime, we’ve put together a complete list of UK literary agents.

If you want to make money as a writer, stop hiding behind the common platitudes of “doing this for the art” and “making a difference.” There’s no shame in wanting to make money in addition to those things.

Because that’s the only way you will.

BRAZIL: “Between October 2020 and September 2021, 375 murders against trans people were recorded in the world; Brazil alone was responsible for 125 of these deaths. Although the country’s younger generations have made progress toward social acceptance and equality for trans people, there is still a lot of conservatism in their society’s culture,” transgender journalist Câe Vasconcelos told LatAm Journalism Review (LJR). In 2019, Brazil’s Federal Supreme Court approved the criminalization of transphobia, but the law is not strictly enforced.

ITALY: “Italy’s parliamentary committee for security, Copasir, opened a probe into disinformation, in response to widespread concerns that Italian news outlets are being used to spread the pro-Putin line. In perhaps the most egregious example of a top Russian official exploiting western media for disinformation, Foreign Minister Sergey Lavrov appeared in an interview on a privately-owned TV channel founded by former Prime Minister Silvio Berlusconi. He used the occasion to assert falsehoods virtually unchallenged, including an inflammatory assertion that Adolf Hitler had “Jewish blood” — a remark for which Putin ultimately had to apologize to Israel.”

MALAWI: “A mix of weak employment legal frameworks combined with struggling media houses and a culture of exploitation has put journalists, especially young or new journalists, known as ‘cub reporters,’ at the mercy of news sources who otherwise provide allowances to reporters. It is a practice reflected across sub-Saharan Africa.” 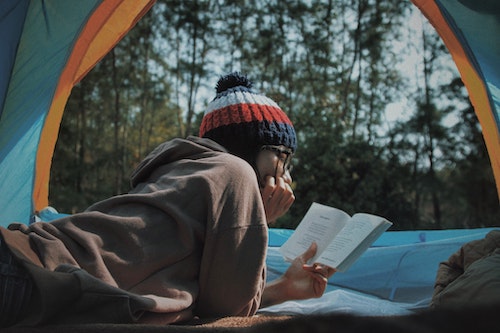 Photo by Lê Tân on Unsplash

The Wordlings know how difficult it is to believe in your work when no one else does. Share The Wordling to remind a writer friend that while they may be struggling today, they won’t forever.