I’d forgotten how much I enjoy freelancing until I got four commissions from three different clients on Friday and felt that familiar joy of doing work that matters, on my own terms. I also managed to go to the beach and a movie over the weekend and make progress on a book, so I’m feeling pretty aligned and happy. It’s reminded me that when this career works, there’s absolutely nothing like it.

If it’s not working for you (yet), remind yourself of why you’re doing this. And if you’re struggling with a particular aspect and need help, hit reply and let me know. I’m eager to create resources that will help.

In April, after four editors from two big five publishing houses quit and announced their departures on Twitter, I wrote about the burnout in the industry and the impact it’s having on writers. Let’s revisit The Great Publishing Resignation today with a bit more insight into what it means:

1. Burnout, low pay: HarperCollins’ unionized employees in the US will be holding a one-day strike this week, demanding a “more accessible, equitable, and just workplace.” The biggest points of contention are low pay, overwhelming workload, and a lack of diversity. “As one of the editors who left publishing this year, every editor you know, you’ve seen on Twitter, you’ve heard of: they are miserable and struggling,” former editor at Avon Books Elle Keck wrote in a restricted tweet in March. “They’re tired of working all day, working at night, and feeling guilty if they take a weekend off.”

Why is your editor not more attentive, on the ball, and involved in your book, you may have asked. This is why.

2. Lack of advancement: Molly McGhee, former editor at Tor Books, shared her resignation letter on Twitter after her promotion request was denied, even though her first acquisition hit the NYT bestseller list.

She wrote, “It has been made clear to me that I would need ‘more training’ before being promoted from an assistant position, and that it would be unrealistic for me to leave the admin duties of assisting any time within the next five years. After eight years of experience working in the publishing industry, I decided ten years of assisting would be my limit, let alone fifteen.”

Junior editors are more likely to commission and champion diverse books, but not if they’re kept stagnant in their careers or leave altogether because publishing offers them no tenable options.

3. Global problem: This isn’t a US/UK publishing issue. Arvyn Cerézo writes about their experience of leaving a trade publisher from the Philippines. We’ve heard similar reports from India, Australia, and several European nations.

A lot of this boils down to ownership of the publishing industry and where the money flows, as evidenced by this excellent thread.

(2) It’s less in your control that you might think it is.

(3) This is a business and understanding the business you’re in will help you more effectively navigate through it.

How perfume becomes an evocative clue for mystery writers: “A perfume can create avenues for deception, subterfuge, transgression, deviance and so on. Napoleon is said to have gone through more than 100ml of his lime and rosemary cologne in baths and dabs every day,” writes Megan Volpert.

How to solve writer’s block: “It can seem impossible to write another word when you experience a creative block. The good news is that with a handful of steps, you can readjust your writing routine and reenergize your creative flow,” writes David Safford.

Journo Resources (Pays up to £150 for features)

There are now 160+ markets on our How to Pitch page with links to detailed writer’s guidelines for each publication. Find them here. 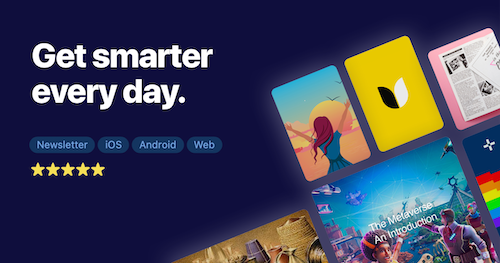 Get smarter every day.

Every day Refind picks 7 links from around the web for you, tailored to your interests. Loved by 50k+ curious minds. Subscribe for free today.

What do you want to have achieved three years from now, on this very day?

Work backwards from that point to figure out what you need to be doing today in order to get there.

Then go do it.

ISRAEL: “The Israeli government has refused to take responsibility for Shireen’s murder and has been changing its version of what happened, suggesting first that Palestinians killed her and then saying it wouldn’t investigate the murder. Video footage and recent reports from CNN and the New York Times prove that the bullet that killed Shireen was fired from the approximate position of an Israeli military vehicle and suggest it was an Israeli soldier who killed her.”

MYANMAR: “This progress was swiftly erased on Feb. 1, 2021; since then, the junta has murdered thousands of civilians in the targeted killing of its critics and in indiscriminate aerial and arson attacks on entire villages. More than 100 journalists have been arrested, including this writer, and 60 remain in custody, according to Reporters Without Borders. One was tortured to death. The room Zar slept in at her mother’s had iron bars over the windows, but her mother removed them when Zar arrived, so she could slip out quickly if police came. “I had a plan to run to the monastery,” she told me. “I was always ready to run.”

CHINA: “In its assessment of the performance of the Chinese book publishing market this year from January through June, our associates at Beijing OpenBook see a decline of 13.8 percent in the market’s growth rate over the same six-month period last year. This, compared to the first half of 2019, represents a 12.8-percent drop.” 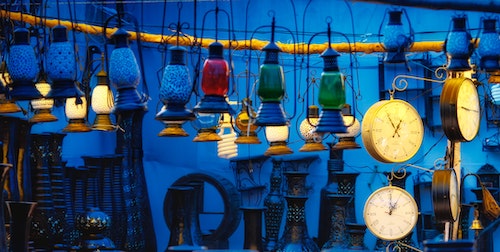 Photo by Sujith Devanagari on Unsplash

You deserve to have fun.

The Wordlings have hit peak work-life balance this week. They know it won’t last so they’re making the most of it. Share The Wordling with a writer who’s happily well-balanced, too.