I signed on a new freelance client yesterday, which was unexpected and exciting because I love the work they do. My current mix of work is 10-12 articles a month for two B2B and two nonprofit clients, this newsletter, and my current novel-in-progress, which I hit 10,000 words on over the weekend.

It’s a solid workload. However, if I want to continue running this business, I need to take more time to both grow and monetize it. But—and I’m extremely happy to say this—for the first time in years, I’m loving all of what I do so much that I wouldn’t even know what to give up to create that space.

I’ll figure it out, of course. As many of you know, it’s been a frustrating few years for me in terms of career. I gave up freelancing. Shut down my old business. Wrote two novels that attracted amazing literary agents but ultimately didn’t sell. Even temporarily got a remote job that I hated so much, I cried randomly in the middle of the workday.

This year, something shifted. I suddenly have clarity and I feel like myself again. I’m feeling incredibly optimistic about my future. And I can’t wait to discover what comes next.

The Writers Guild of America vs. Netflix

On August 4, The Writers Guild of America announced to its members that a case of arbitration with Netflix had resulted in a huge win for 216 screenwriters—US$42 million in previously unpaid residuals.

It all started when WGA raised payment concerns over the residuals owed to a writer on the popular thriller Bird Box, based on the novel of the same name by Josh Malerman. Bird Box is one of Netflix’s most popular English-language films of all time on the platform, ranking at No. 3 based on hours viewed. It was viewed 282,020,000 hours during its first 28 days on the streaming service.

The third-party arbitrator in the Bird Box case found that Netflix had underpaid residuals on the film and awarded the film’s writer Eric Heisserer $850,000 in total residuals with $350,000 in interest.

“The streaming service began producing and releasing theatrical films written by Guild members in 2016, but the Guild’s initial compensation under their collective bargaining agreement only covers those films’ theatrical runs,” EJ Panaligan explains in Variety. “But when those films are licensed or released in other markets, residuals need to be paid on revenues earned in those markets. Netflix instead negotiated new deals with the DGA [Directors Guild of America] and SAG-AFTRA [Screen Actors Guild-American Federation of Television and Radio Artists] that allowed for them to pay residuals on significantly less than the cost of the film, attempting to force the WGA to accept the ‘pattern’ deal.”

“As the studios increasingly engage in self-dealing on their own streaming platforms, we must ensure that writers are paid properly,” the WGA told its members. “Netflix, with only a decade of experience employing writers, has quickly become one of the worst violators of the MBA [minimum basic agreement], requiring the Guild to expend significant resources to protect writers who work for the company.”

A father and daughter write a book together—and open up to each other: “But I now know and have empathy for what she went through growing up and going to college. I asked and she told, which provided a deeper grounding of our relationship—nothing overt, more like a couple of buddies that share experiences. It’s there, and both know what they know.”

Why sex scenes are not only feminist, but necessary: “The point is that I want a heroine who wants. Who sees their romantic partner for their wonderful personality traits but also wants to rip their clothes off and have multiple orgasms with their assistance. Because here’s the truth: I read romance novels for the sex scenes.”

Immerse yourself into the world of NFTs, the metaverse and more.

Conceptualized following developments of the next internet era, the Web3 creator is a newsletter offering candid insight amongst the noise and hype.

From NFTs, the metaverse to blockchain and more, over 100,000 monthly creatives are reading into what’s working and what’s not.

You have two choices:

Let it out. Express it. Say what you think and stand by it.

Let it eat you up from the inside.

Truth be told? It’s not really a choice at all. You’re a writer. You may let it eat you up from the inside for five years, ten years, fifty years maybe. But at some point, you’re going to let it out.

You’re a writer, unfortunately. You can’t help yourself.

So why delay the inevitable? Why allow it to crush you for so long? Why put off your own self growth?

Say it. If it’s asking to come out of you, release it.

(Write it. You don’t have to publish it.)

KENYA: “To address the spread of disinformation during the 2022 election season and beyond, the Media Council of Kenya (MCK) in collaboration with the United Nations Development Programme launched the iVerify Network of Fact-checking Desks, a digital platform that newsrooms and journalists can use to fact-check information before they publish or broadcast. New to Kenya, iVerify has in the past been used successfully elsewhere in Africa.”

CANADA: “Close to 600 titles will be part of the new, accessible ‘Ebooks for Everyone’ initiative from the Literary Press Group of Canada. The focus of the accessibility here is in “assistive reading technologies” including scalable text, alternative text for images, and a navigable table of contents.”

GERMANY: “Today in Darmstadt, the seat of the academy, organizers have named the Turkish-German author Emine Sevgi Özdamar the winner of the €50,000 Georg Büchner Prize. She’ll receive it in the program’s formal presentation at Darmstadt’s state theater on November 5.” 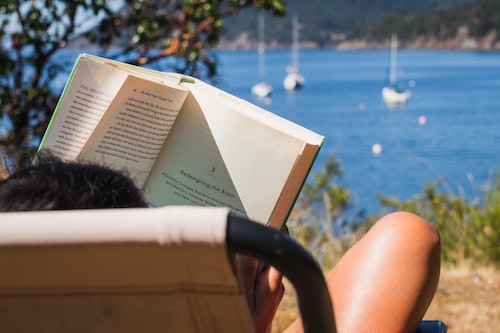 Photo by Greg Rosenke on Unsplash

“The only way to learn to write is to force yourself to produce a certain number of words on a regular basis.”

The Wordlings were excellent about staying on top of their marketing earlier this year, and it’s beginning to show up in their workload. Share The Wordling if you’ve recently been feeling on top of things, too.