When I first dreamed up this newsletter, I imagined this section would be a single line in which I’d say something witty and leave it at that. But you know me. When have I ever said one line and left it at that? (It’s funny just to think about.)

Plus, I enjoy talking to and sharing my writing life with you. My connection to my readers is so incredibly important to me and I do not ever take it for granted.

Thank you for being here and for your support of this newsletter and my work. I couldn’t do this without you.

The biggest news in publishing this week has been the U.S. Government’s bid to block Penguin Random House’s acquisition of Simon & Schuster. The anti-trust trial started on August 1 and is expected to run about three weeks.

To catch you up: On November 25, 2020, it was announced that Penguin Random House’s parent company Bertelsmann had struck a deal to buy Simon & Schuster for US $2.175 billion. This came nine years after the merger of Penguin and Random House, and if allowed to go through, would take the Big Five of publishing down to Big Four.

What the government says:

The government’s complaint filed with the court reads:

“If the defendants’ [PRH; Bertelsmann; Paramount Global, parent of ViacomCBS; and S&S] proposed merger is allowed to proceed, Penguin Random House would be, by far, the largest book publisher in the United States, towering over its rivals.

“The merger would give Penguin Random House outsized influence over who and what is published, and how much authors are paid for their work.”

As per the New York Times: In opening statements in U.S. District Court for the District of Columbia, John Read, a lawyer for the Justice Department, said the merger “must be stopped.” Mr. Read laid out the government’s case that the merger would reduce the number of bidders for the rights to publish what the government has called “anticipated top-selling books,” in turn driving down the value of advances paid to authors. “This lawsuit is designed to protect those authors and those books,” he said.

What the publishers say:

PRH’s commentary provided to Publishing Perspectives reads, “The Department of Justice does not allege that the acquisition will reduce the number or diversity of books being sold to readers. Nor does the [government] allege that the acquisition will cause harm to the vast majority of authors. All evidence indicates the opposite. The Department of Justice instead focuses on a very tiny and arbitrary sliver of the market, certain authors who receive US$250,000 or more in advances for their book titles. The Department of Justice seeks to block this transaction to protect the highest paid authors even though these authors have the most bargaining power against publishers, making them least likely to be targeted for a price decrease.”

“The closely watched case holds major implications for a publishing industry that has been grappling with consolidation for years,” writes Andrew Albanese for Publishers Weekly. “It also looms as a key test for the government amid growing calls for more vigilant antitrust enforcement, and in the wake of a stinging defeat in 2018 in its bid to block the massive $85 billion merger between AT&T and Time Warner.”

The New York Times reported that on Monday, Michael Pietsch, the chief executive of Hachette Book Group, another of the Big Five publishing houses, testified that he believed the merger would result in a “loss in variety” of books and lower advances for authors. Mr. Pietsch said he hoped Hachette’s parent company would pursue buying Simon & Schuster if the proposed merger fell apart.

Stephen King is expected to testify for the government.

On the fine art of researching for fiction: “I knew research was important, and I knew how to research. My questions all had to do with craft. How do I incorporate research into fiction? How do I provide authenticity and detail without turning the story into a lecture? How much research is too much? Too little? How do I allow research to support the story without feeling obligated to remain in the realm of fact—when I am, after all, trying to write fiction?”

How writers fail (aging writer edition): “Sometimes I’m afraid that will happen to me. I write huge books, and I write them out of order, so sometimes, it just feels like I’m typing away with no purpose at all. Of course, I back everything up and if I get stuck, I work on something else, because there is no such thing as writer’s block. There’s only project block. And I hit project block in November of 2021. Hard. Big time.”

… to TheFutureParty. It’s a free daily newsletter that curates stories spanning pop culture, entrepreneurship, entertainment, and tech, and breaks down what it all means for the future. Translation? It’s the only newsletter in the game that’ll both highlight the hottest trends in the alternative asset market (spoiler: it’s probably Pokemon cards) and share what’s trending on Spotify.

1. What are you going to create today? What will you write, outline, or research?

Want an artistic career that is also profitable and makes you money? Answer these two questions every day without fail.

UKRAINE: “Last week the New York Times named veteran reporter Andrew Kramer, formerly a correspondent on its Moscow bureau, to run its new Kyiv hub. Many Ukrainian civil society actors weren’t thrilled, pointing to the writer’s past pro-Russian slants in several pieces and voicing frustration that once again the country is being approached through a colonial lens.”

EUROPE: “As of mid-July, 5.8 million Ukrainians fled to Europe due to Russia’s military invasion. When the refugee wave started in late February, European media stepped in to provide Ukrainians with vital information: access to healthcare, accommodation, legal assistance and other important services. To serve the new audiences effectively, some media created Ukrainian-language versions.”

UGANDA: “In 2019, the Parliament of Uganda enacted the Persons with Disabilities Act which, among other things, requires all newscasts on public and private television stations to have a sign language interpreter. Although this law represents progress, news for people who are hard of hearing remains rare in Uganda. A new TV station seeks to change this by creating content specifically designed for and presented by deaf people.” 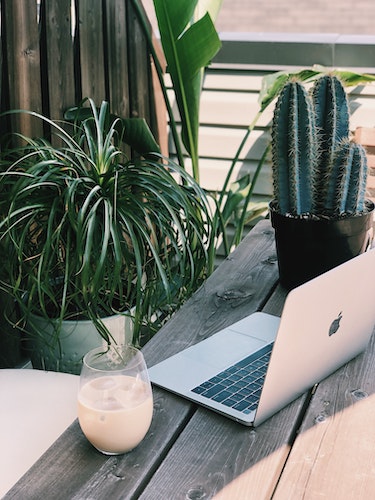 Photo by Jane Palash on Unsplash

The Wordlings keep feeling adventurous and making all these plans, only to lie in bed with a book and keep delaying them. Share The Wordling with a friend who’d enjoy some adventure if only they’d get their nose out of a book.