I finally, after almost 2.5 years of moving into this flat, set up a corner as a writing spot and decorated it to my liking. It’s still a work in progress and you know me, as long as I have a computer, I can write anywhere. But I think sometimes about the Virginia Woolf quote about a woman needing a room of her own to write, and while a room has rarely been available, I’ve always been great at finding corners and making them mine.

Serious work needs serious commitment. And I’m serious about making this next novel the best damn one I’ve written so far.

And now I have a seriously cool space in which to do it. (Pic in the Current Mood section.)

Journalists’ mental health is in crisis, reads the headline of a Huffington Post editorial from 2020.

Journalists and mental health campaigners Alastair Campbell and Hannah Storm wrote, “Politicians targeting the media as enemies, even while claiming to support free speech. Technological change leading to the need for ever more output prepared and produced by, all too often, ever fewer people. Fake news. Never-ending breaking news. Harassment and abuse, especially online, especially of women. Add to this the huge financial uncertainty of the media, all too often chronic job insecurity, with the pandemic thrown in, and you have something of a cocktail for mental ill health.”

Then, there’s moral injury, something academics researching the psychological toll on reporters say could be the next major challenge, more prevalent even than PTSD.

“Like first responders, firefighters and ambulance staff, journalists are among the earliest to arrive at scenes of violence and disaster, but they have have little training or psychological support,” writes Clothilde Redfern in The New Statesman. “Journalists are there to report on and record events in real time, but they can sometimes be expected to step outside their role and provide assistance in ways they are not trained for—for example, helping civilians wounded in war or those fleeing natural disasters. This can lead to journalists having a sense that they might have compromised their moral compass and that leads to moral injury, which can be debilitating, disorienting and lead journalists to become disillusioned or drop out of the industry altogether.”

There exists a moral injury symptom scale for the military but not for journalists and Anthony Feinstein, a professor at the University of Toronto and one of the leading researchers on the psychological stresses facing journalists, is working on developing one as a first attempt at assessing the scale of the problem and addressing it.

Shelf-promotion: the art of furnishing rooms with books you haven’t read: The rise of working from home has allowed for exposure on an even greater scale. The Twitter account @BookcaseCredibility, followed by more than 115,000 people, collates screenshots of celebrities’ bookish backdrops, arguing: “What you say is not as important as the bookcase behind you.”

4 creative ways writers can earn extra cash: “You love to write and it’s your passion, but you’re not sure how to make money with it. You’ve tried submitting articles to magazines and online publications, but you haven’t had any luck. So how do you make money with your writing as a side hustle? Let’s look at some fun and creative writing niches that I bet you haven’t even heard of but they make money for you.”

Our How to Pitch page now has 170+ pitching guidelines, including National Geographic, The Economist, Financial Times, Wired, and more. Check it out here. 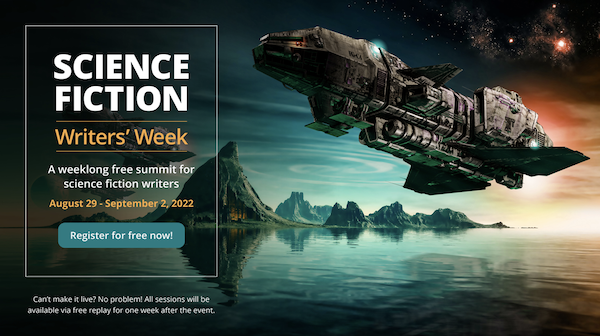 Learn how to write a bestselling science fiction novel from award-winning authors like Andy Weir (The Martian) at this free online summit taking place from August 29 – September 2. Sign up here.

Sit down. Do the work. Release the drama around it.

There is only one way to be a writer. So do it.

IRAQ: Veteran Iraqi actress and talk show host Enas Taleb is moving to sue The Economist for using her picture as an example of “fat” women in the Arab world… “Audiences have loved me for many years. It was disappointing to see an international outlet label me as if all my accomplishments mean nothing. I am healthy and happy with the way I look, and to me that is all that matters,” Taleb told New Lines.

KENYA: “The Kenya Publishers Association (KPA) has identified Nakuru County as a melting point of book piracy in Kenya, a vice that KPA says is denying the country’s publishers up to 40 percent of the market share. According to the association, school textbooks are the biggest target as they make up to 90 per cent of Kenya’s book market, and their sales are virtually guaranteed.” 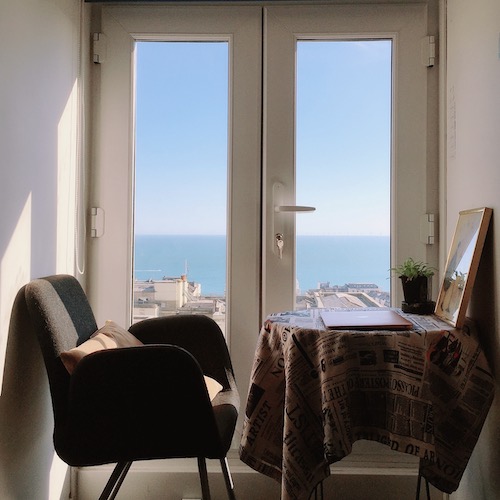 “Where the magic happens” by Natasha Khullar Relph

“The purpose of a storyteller is not to tell you how to think, but to give you questions to think upon.”

The Wordlings are staring out at the sea as they think about the next chapter of their novel and find it difficult to believe that this is their life. Share The Wordling if you sometimes can’t believe that you get to do this for a living, too.