It wasn’t you, it was me. I did, indeed, miss an issue yesterday. I stayed up late finishing a freelancing deadline, only to wake up in the morning and find that I’d hit a wall. Foggy brain, anxiety running through my fingers, a desire to not leave my bed. You know the feeling.

I knew I could send the newsletter if I pushed and there was certainly the familiar voice in my head that insisted missing an issue would mean I’m a flake and a failure. But there was another voice this time, an unfamiliar voice that I’ve never heard before, and it asked simply, “But would that be kind?”

I’ve never intentionally sought to be kind to myself before. Yesterday, I started.

It’s been the talk of the (literary) town for a few months now and opinions range from “this is the future of writing!” to “this is unethical and all original thought will die!” and everything in between.

As an author who writes literary/women’s fiction set between India and the UK, I’d mostly given AI a pass until now. But I’m intrigued by the technology and curious about both the potential opportunities and costs. Which is why this article on The Verge caught my attention. Some snippets:

The reality, [Joanna Penn] said, is that AI is advancing regardless of whether novelists want it to, and they can choose to use it or be left behind. Right now, she uses Sudowrite as what she calls an “extended thesaurus.” (There are only so many ways to describe a crypt, she said.) But she foresees a future where writers are more akin to “creative directors,” giving AI high-level instruction and refining its output. She imagines fine-tuning a model on her own work or entering into a consortium of other authors in her genre and licensing out their model to other writers. AI is already being used in photography and music, she said. “Writing is possibly the last art form to be disrupted because it’s so traditional.”

AI may just be another tool, but authors haven’t previously felt the need to remind themselves that they—and not their thesaurus—are responsible for their writing or have fraught debates over whether to disclose their use of spellcheck. Something about the experience of using AI feels different. It’s apparent in the way writers talk about it, which is often in the language of collaboration and partnership. Maybe it’s the fact that GPT-3 takes instruction and responds in language that makes it hard not to imagine it as an entity communicating thoughts. Or maybe it’s because, unlike a dictionary, its responses are unpredictable. Whatever the reason, AI writing has entered an uncanny valley between ordinary tool and autonomous storytelling machine. This ambiguity is part of what makes the current moment both exciting and unsettling.

When [Jennifer Lepp] finished the first chapter, she sent it to her “beta readers”—a group that offers early feedback—with special instructions to highlight anything that sounded off or out of character. Nothing seemed amiss.

“That was kind of creepy,” she said. “It starts to make you wonder, do I even have any talent if a computer can just mimic me?”

Worse, some of the sentences her readers highlighted as being particularly good had come from the machine.

The technology isn’t there yet. [Lepp] thinks more fully automating fiction right now would produce novels that are too generic, channeled into the grooves of the most popular plots. But, based on the improvement she’s seen over the year she’s been using Sudowrite, she doesn’t doubt that it will get there eventually. It wouldn’t even have to go far. Readers, especially readers of genre fiction, like the familiar, she said, the same basic form with a slightly different twist or setting. It’s precisely the sort of thing AI should be able to handle. “I think that’s the real danger, that you can do that and then nothing’s original anymore. Everything’s just a copy of something else,” she said. “The problem is, that’s what readers like.”

How to create content for and with Gen Z: “You might think that young audiences only care about the latest trend on their TikTok or Instagram feed. But in recent years, this has been exposed as a myth, as more research shows the increasing appetite for news amongst Gen Z (under 23) audiences.”

Find all 81 markets and calls for submission here.

Welcome… to TheFutureParty. It’s a free daily newsletter that curates stories spanning pop culture, entrepreneurship, entertainment, and tech, and breaks down what it all means for the future.

Translation? It’s the only newsletter in the game that’ll both highlight the hottest trends in the alternative asset market (spoiler: it’s probably Pokemon cards) and share what’s trending on Spotify.

It really can be that simple.

Are you complicating it?

UKRAINE: “Getting journalists to the frontline while also trying to keep them safe is the job of professional security advisors who are rarely mentioned or even seen. But their job is considered by their companies as vitally important. The war in Ukraine has become one of the deadliest conflicts for journalists to report: two big countries in conflict is unusual in the modern era. So many of the lessons that have been learnt about safety in the past are having to be rewritten virtually hour by hour.”

AFRICA: “In my conversations with African publishers over the last several years, one positive impact of the global pandemic on African publishing has been the push it has given publishers in embracing digitally-enabled business models. African publishers are increasingly adopting digital publishing and targeting new audiences like publications for the visually disabled. For far too long, audiences with different reading disabilities have gone unsupported and unnoticed. Thankfully, this is now changing in Africa and globally.”

TAIWAN: “Back in 2019 the Taiwan Comic Expo attracted a respectable crowd of 135,000, before the pandemic put Taiwan’s publishing calendar on hold. But the 2022 revival looks likely to set a new record, with 90,000 visitors clocked on just the first day.” 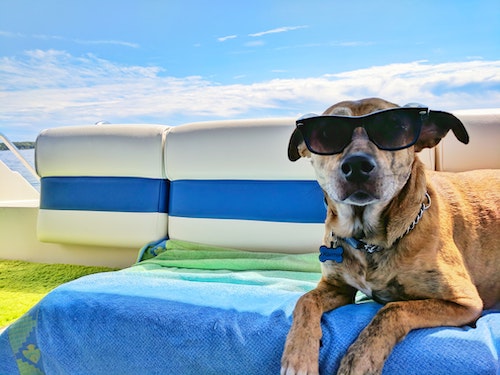 Photo by Josh Rakower on Unsplash

Share The Wordling if you should have been writing, but are procrastinating instead. (Us, too.)