I’ve set myself a goal to read fiction every day. Even if it’s just a chapter, even if it’s just a page. It’s important to me, as someone who hopes to not just write novels full time but to get better with each one, that I know what’s being published, what people are enjoying reading and what I personally like and dislike. Plus, there’s nothing I’d rather do than read, so this feels like a “cheat” item on my to-do list.

This article in the New York Times inspired me to grab my book and head outside.

A few months ago, The Association of American Literary Agents (AALA) “redesigned its membership model and revised its Canon of Ethics as part of a major, overarching push towards creating a more equitable, participatory, diverse, and inclusive publishing community.”

My reaction to these changes, to put it as eloquently as I can, is: Huh.

Two areas that interest me as an author:

1. If anyone working in a literary agency can now be a member of AALA then, at least from the author’s perspective, the membership means nothing. As an author researching agents, knowing that they were an AALA member meant that an author could at least trust that they had a history of sales. That is no longer the case.

2. The more concerning point, however, is in regards to taking on paid editorial work for non-client authors. So, an agent refusing to take on an author as a client could, nevertheless, sign them up as an editing client? This seems like an area that would be rife for abuse.

Kristine Kathryn Rusch has more on all that here.

Against (the very idea of) procrastination: “I’m suggesting that you unbelieve in this word that—along with its evil twin, productivity—has snuck into our talk as a bad logic, as an unexamined thinking, that cares not a jot for you and your short span on this whirling, blueish ball.”

5 essential tips to never quit journaling again: “Today, I still have these dry periods. But they last shorter, and, more importantly, I have developed several tools to fall back in love with journaling over and over again. Here are five of them. I hope they help you keep this life-changing practice for the rest of your life.”

A woman who tells the truth about her life is one of the most powerful forces in the world.

When they start trying to tear you down, call you names, use passive-aggressive means to make you shut up, it means you’re doing something right, exposing something they don’t want exposed.

NIGERIA: “Bayode is an associate editor for Nigeria Grassroot News, an online newspaper covering political issues and events in the country. Bayode’s access to journalism opportunities expanded after he worked with the Africa Foundation For Young Media Professionals (AFYMP), a platform that helps student journalists become mediapreneurs – owners of  small organizations whose activity adds innovation to the media ecosystem.”

KENYA: “Beyond the noise of political campaigns and public rallies happening in Kenya since the beginning of the year, the country’s literary scene has also been quite busy, if the flurry of book launches in recent months is anything to go by.”

INDIA: “Amid the highs and lows, independent publishers talk about the shift in the Indian publishing industry, existing alongside the global players and how they are adapting to the technological revolution.” 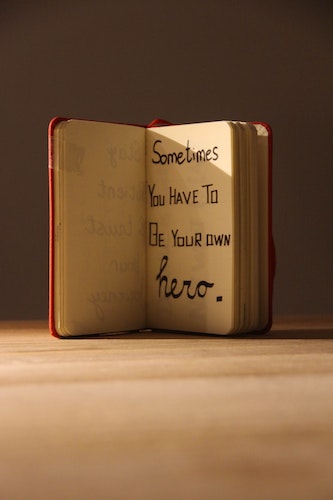 Photo by Denise Jans on Unsplash

“If you are not afraid of the voices inside you, you will not fear the critics outside you.”

The Wordlings just hit 10% completion on their current WIP. Share The Wordling if you’d like to celebrate with us.