Summer holidays have begun in the Khullar Relph household. Two entire months of “I’m bored and “Can I have some extra screen time?” and “But my friends are…”

Some part of me wants to hustle and make these two months count for something, but another just wants to lie on the beach all day, drink Pimm’s in the evening, and write novels whenever I can be bothered, deadlines be damned.

I guess I’m going to have to find some of that dreaded “balance” everyone keeps talking about.

It was announced last week that Salman Rushdie, the Booker-winning author of thirteen novels, will be publishing his next novel with Random House (US, Australia), Jonathan Cape (UK), and Knopf Canada in early 2023.

This comes less than a year after Rushdie signed a deal with Substack for an undisclosed sum of money to bypass print and publish his next book on Substack. He noted that the money paid by Substack was less than what he’d be paid by a traditional publisher but that he was eager to experiment and looking forward to going deep on all manner of subjects, such as his love for French New Wave cinema, photography and music. He planned to—and did— serialize a novella called The Seventh Wave on the platform.

Even at the time, however, Rushdie was hesitant to predict which way it would go. “I don’t want to be their cheerleader,” he told The Guardian. “It was interesting for me to have a go with this and all I’ve done is make a 12-month commitment. A year from now, I’m going to see where we stand, and I’ll either go on with it, or I won’t.”

So, a year on, where does he stand? Where do novelists such as Chuck Palahniuk (who serialized chapters of his novel Green Pastures) and George Saunders (who runs a series of guided readings, writing exercises, and notes of encouragement for aspiring writers) stand?

Palahniuk’s advance from Substack was comparable to the advance he’d otherwise receive from a traditional publishing house. He’s currently working on a new novel with his publisher Hachette as he serializes Greener Pastures. And, of course, there’s nothing stopping him from publishing Greener Pastures traditionally once his Substack contract comes to an end.

Indeed, that is what most authors will do. For most prominent authors, all experiments eventually lead back to traditional publishing. Stephen King’s novella Riding the Bullet, first published independently as an ebook, as well as fiction generated on Twitter by writers like David Mitchell and Neil Gaiman, have all made their way to traditional publishers. Rushdie’s serialization will very likely go the same way.

So, what does this mean for Substack and serialized fiction?

It’s too soon to make any lasting predictions. Our take is that while Substack can be a good way to build a small readership for experimental ideas and get reader feedback early on, a novel is still a novel and a paperback is still, for now anyway, the way most readers will choose to read it.

How being a ghostwriter has shaped my fiction: “These collaborative efforts have helped me see what it takes to succeed at the highest level—or, at least, they’ve left me thinking about it,” writes novelist and ghostwriter Daniel Paisner. “Also: what it means to stumble, how to hold a dream out in front of you and find a way to reach for it, when to bet big on yourself and when to play it safe.”

These self-published authors are actually making a living: According to Amazon’s 2019 review of its Kindle sales, there are now thousands of self-published authors taking home annual royalties of $50,000, with more than a thousand with six-figure incomes. Sam Haysom talked to some of them to learn how they did it.

A few journalism opportunities this morning:

Getting Real documentary fellowship: The International Documentary Association (IDA) seeks to deepen the discourse at Getting Real through our Getting Real Fellowship program. With this new initiative, we seek to spotlight emerging and mid-career documentary professionals who have inspired visions that will benefit their communities and the field at large.

The Ian Parry Scholarship for photojournalism: Each winner will receive $3,500 towards their chosen project and attend a portfolio review day with leading industry experts in London. They will also be part of a entorship Programme. Both winners will have the opportunity to take part in the Transmissions Programme at Visa Pour L’Image in Perpignan. World Press Photo automatically accepts the winner of the Achievement Award into its final list of nominees for the Joop Swart Masterclass in Amsterdam.

Conversation with my mentor:

“How long did it take you to write this novel?”

“You weren’t working on this novel for the entire seven years. How many months did you actually work on it with commitment?”

“Probably ten to twelve, sometimes with years in between.”

“So it took you seven years to finish your novel. But only one year to write it. And now that you know, the next one can be done sooner.”

ITALY: Nestled in the small town of Pieve Santo Stefano in Tuscany, Italy’s Archivio Diaristico Nazionale or national diary archive, holds about 9,000 diaries, letters and memoirs. Its founder, the late Italian journalist Saverio Tutino, was a professional writer who wanted to find a home for his own voluminous diaries. But the spirit of the archive is decidedly egalitarian; it accepts every Italian text that it receives, regardless of literary merit.

PAKISTAN: “About 15 years ago, I wrote a novel so terrible and unpublishable that no one will ever see it. Having failed as a writer, I didn’t really know what to do. I wanted to run and hide and so I ran home to Pakistan and hid there with my family. But I also wanted to be useful and productive.”

FRANCE: There are a few memoirs, and studies by historians or sociologists, about immigrant Algerian workers in France. These [men] had a role to play, even if they were exploited, whereas the women stayed at home. So we never heard from them. It was important to me that a woman like that should be the central character of my story. 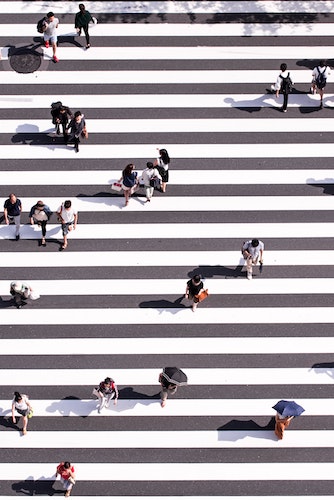 Photo by Ryoji Iwata on Unsplash

“If you read good books, when you write, good books will come out of you.”

The Wordlings try to work ahead, but keep falling behind instead. Share The Wordling if you struggle with this, too.