1. I have two stories due today.

2. I vacuumed just now for the first time in weeks.

These two things may or may not be related. That is all.

“The marketplace has been bombarded with book-a-zines that are arriving at a rapid speed that defy any possibility to count and document,” writes Samir Husni or “Mr. Magazine,” a global expert in magazine and media publishing who has been tracking the industry since 2007. “Book-a-zines are everywhere and they are changing the nature of magazines and the retail space magazines used to occupy. Whether at the checkout counters or the mainlines book-a-zines are taking over and those magazines with a regular frequency are taking a back seat, if any seat at all.”

A bookazine is a blend of a book and magazine. They are typically single-topic, in-depth magazines that are often released as collectors’ editions and cost an average of $10. Once known as “special editions,” they’re now ubiquitous in the media space. The pandemic may have introduced additional stress to the already struggling magazine industry, but it boosted the success of bookazines, CNN reported last year. In recent years:

For freelancers, magazines may be a shrinking market, but bookazines are one area where growth is not just happening, it’s exploding. The rates are likely to be on par with national magazine titles ($1-2 a word) and specific editors appear to be in charge of each bookazine. These editors are unlikely to be posting calls for submissions on social media (though many do), and some old-school sleuthing may still be the best way to connect with editors for assignments.

How to get paid when a client goes quiet or refuses to pay: “If you’re dealing with a client who hasn’t paid and won’t communicate with you about why they haven’t paid, there’s a simple approach that proves effective in most cases. It’s essentially Credit Control 101 – except most of us haven’t worked as a credit controller, so we don’t know this stuff.”

How “The Girl on the Train” became a runaway success: “The first thing we discovered is that this is a story of how the passion of influential readers helped build that all-important early buzz. It’s also a story of how the twin trends of social media and our increasing time on mobile devices helped translate that initial buzz into a word-of-mouth sensation at record speeds.”

Get smarter every day.

Every day Refind picks 7 links from around the web for you, tailored to your interests. Loved by 50k+ curious minds. Subscribe for free today.

Use them as fuel to power you up and keep going.

FRANCE: French billionaire Vincent Bollore has taken his own CNews TV channel sharply to the right by tapping into the formula that’s paid off handsomely for Rupert Murdoch— catering to conservative audiences deemed to be under-served by the mostly left-leaning mainstream media. As Bollore takes that blueprint to his ever-expanding media empire, he’s being dubbed the “French Murdoch.’’

EUROPE: The newly established #FreeAllWords initiative is led by the European Writers’ Council as “a European support project by authors for authors.” At its core, the program is a “fee and translation fund” geared to support the voices of writers “who are condemned to silence” in “countries under pressure.”

VENEZUELA: “I used to be a columnist at the largest newspaper in Venezuela. I also hosted my own daily radio show and founded a newsletter-based media organization, Arepita. My journalism should have helped strengthen democracy, I thought, as it shined a light on issues in society. Yet in the decade since I graduated from journalism school, my country has become an autocratic regime that violated human rights and jailed journalists. It often feels like all of my work was for naught; at the least, I find myself unsure how to assess its importance.” 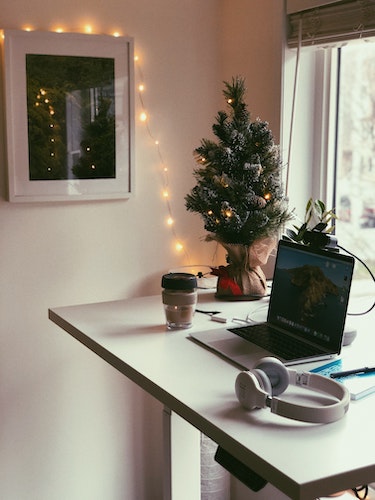 Photo by Jane Palash on Unsplash

“Write about what you know” is the most stupid thing I’ve heard. It encourages people to write a dull autobiography. It’s the reverse of firing the imagination and potential of writers.

The Wordling kidlets have developed a bit of an addiction to The Simpsons. The Wordlings are quite sure yet how they feel about that. Share The Wordling if you’re a fan of the Simpsons (and go on then, share it even if you aren’t.)