A little late with this newsletter today because I started putting together some pitches for a freelance client and I was enjoying myself so much, I completely lost track of time. There are some days when I wonder why anyone would choose to be anything other than a freelancer. (Then I have to send the third reminder about a pending invoice and I remember.)

I hope this week brings you joyful assignments and early payments.

Wired’s union, representing roughly 65 editorial workers at Wired, is threatening to strike for two days if it can’t reach a contract agreement with Condé Nast management by July 12, Axios reported.

The dispute is over rights and the fact that workers at other publications, such as The New Yorker, have better terms. “While Condé Nast owns our work, it’s fair practice to allow writers and creators to share in the bounty when the work they produce is resold to others—and the company has agreed to that principle by giving full-time New Yorker writers a piece of the action when their work is reprinted by others, or sold to filmmakers,” Steven Levy, editor at large at Wired said through a statement provided by the union. “It’s insulting to imply that Wired creators are less deserving than other Condé employees. And it’s not like our work isn’t valued outside the company—a Wired story was the basis of a best-picture-of-the-year Oscar!”

Bad enough as it is for staffers, it gets worse for freelancers when writers are presented with all rights or work-for-hire contracts that offer them a one-time fee for exclusive and indefinite rights to their work with no further compensation. As an independent writer or journalist, residual income (such as reprints, foreign rights sales, or movie/TV options) can be lucrative deals that allow you to benefit from the work you’ve done. But not if you’ve given those rights away.

Wired’s editorial staff are pushing against this and, if you’re writing for Condé Nast publications as a freelancer (infamous for their rights-grab contracts), then you should be pushing against it, too.

Some questions to ask when you’re presented with a contract:

1. Is the publication asking for the right to resell my work?

3. If no, have I retained the right to resell it on my own?

4. Do I have any say or control over how this work and my name is used once I’ve signed this contract?

You can get more detailed with these questions (and the answers), but it’s a good place to start.

Be wary of author-agent handshake agreements: In this updated version of a post that warned about “handshake” offers from an agent at a large agency, Victoria Strauss warns against agents who say they would rather not sign a contract or don’t mention one at all.

How The New York Times works: “The Times publishes hundreds of pieces of journalism every day. We apply ethical standards and rigorous reporting to every article, video, podcast, newsletter and interactive we produce. Here are some explanations of the policies and processes that define our journalism.”

OPPORTUNITY OF THE WEEK

The Guardian and publisher 4th Estate’s short story competition for unpublished writers of colour is open for entries for its sixth year.

The winner will receive £1,000, a one-day publishing workshop at 4th Estate and will have their story published on the Guardian website.

The deadline for submissions is 14 August, with the longlist announced on 21 September. The shortlist will be announced on 19 October, with the winner crowned at a November ceremony in London.

You can’t be a trailblazer if you’re waiting for other people to tell you what’s possible or you’re buying into the world’s definition of what is “realistic.”

Want to create work that changes the world?

Write your own damn definitions of what’s possible and “realistic.”

PAKISTAN: “The Great Pakistan Paper Shortage is something that we are likely to see repeated around the globe as the global economic crisis deepens. Big printing presses are at a standstill, and what little paper there is in the country is too low quality to be used for text books. Or at least, full-price retail text books.”

MEXICO: “Today, Mexican journalism is at the same risk as it was under right-wing parties, this time by the National Regeneration Movement (MORENA) and AMLO’s public onslaught against critical journalists. Attempts to control mainstream media, established during the 70 years of government control by the Institutional Revolutionary Party (PRI) to guide the national agenda, are still prevalent today, with the practice of media co-optation by politicians maintained through the transition from one-party rule and into the current presidential administration.”

UKRAINE: “Perhaps a year ago, the BBC and others would include a Kremlin denial in such a way that it looked like it was providing balance. But when that Kremlin denial is a lie, and you know it’s a lie, I feel very strongly – more than ever – that you need to say this is just nonsense that the government is spouting. Or don’t include it. If your whole report is saying that Russian troops have killed civilians, this is the evidence and it’s incontrovertible, why on Earth would you then include a Kremlin denial?” 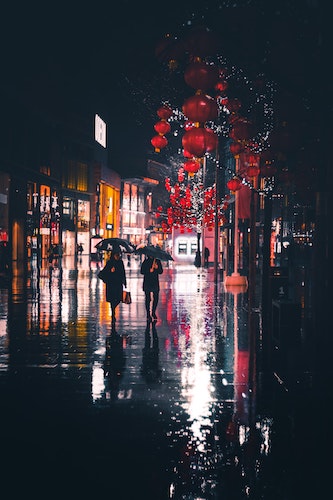 Photo by Jack Finnigan on Unsplash

“The counterfeit innovator is wildly self-confident. The real one is scared to death.”

The Wordlings know that the more we write, the better we get. So why do we prevent ourselves from writing terrible first drafts? Share The Wordling with a writer who is mystified by this, too.