Apologies for missing yesterday’s issue. We had no power for four hours in the morning and by the time I got the newsletter ready, it was too late to send. That’ll teach me for waiting until the last minute. I had to ask for an extension on a deadline, too, something I absolutely hate doing.

I keep trying to work ahead but the journalist’s instinct of leaving everything until the moment of deadline is still pretty strong in me.

I continue to persist.

Another one on diversity because that’s what you get when you sign up for a newsletter by an Indian author. 😉

This time, though, I come bearing good news (sort of). The average book buyer doesn’t discriminate against women and Black authors, it turns out. It’s just that publishers assume that they do. This is why, even though an author’s gender made no difference in how interested readers were in reading a given book and why even though some were actually willing to pay a premium (about 50 cents more) for books by Black authors in a study of 9000 people, publishers continue to pay people of color smaller advances and claim a lower market appetite for their books.

This is not to say that readers are bias free. It’s been documented that men are more likely to read books by male authors and, anecdotally, white readers by white authors.

However, as Marcela Valdes pointed out in the New York Times last month, “Survey after survey shows that the two groups of Americans most likely to read books are those who have a bachelor’s degree and those who earn more than $75,000 a year.. the percentage of Americans over 25 who have earned bachelor’s degrees has more than doubled since 1970. But demographically these graduates look different than they did in the 1970s — they are more likely to be women and to be Black, Asian or Latino — and by neglecting to build an audience among them, publishers may have lost millions of customers.”

But is it costing you, the author?

If you’re an author of color, there are fewer spots available to you. (Just 11% of novels published in 2018 were written by authors of color.)

When you do get published, you get fewer promotional dollars and less say in how those promotional campaigns are structured.

And when those minimal promotional campaigns target exclusively white audiences and don’t deliver results, the author is blamed for low sales and will find it difficult to get more book deals in the future.

(P.S. This is also true for LGBTQ+ authors, authors with disabilities, and authors who don’t fit or write to a preconceived stereotype.)

So what can you, on an individual level, do for your career and books?

Start by asking the right questions. It is tempting to say yes to any agent, editor, or publisher who shows interest in your work, especially when it’s the only offer you have. But do you want to be stuck with an editor who asks that the white male rapist in your novel be given a voice so we can understand his motivations (true story)? Or whether your Pakistani-American family would really be eating so much pizza?

Make sure the team responsible for the publication of your book understands not only the book, but the audience for that book. The author of that book.

You will—no matter who you are—frequently be asked to write exclusively for white people.

(Or you can indie publish. And that’s a fantastic option, too.)

Eliminate confusion to increase focus: One of the biggest reasons that creatives and artists struggle to generate momentum and make progress is confusion, writes Daren Smith. And then he outlines the steps you need to take to eliminate it.

Tools to help you on your querying journey: “In a span of two months, I received my first agent offer, which became five offers, which became choosing my agent, doing a very quick revision pass, going on sub to editors, and selling my book at auction two weeks later,” writes Kasey LeBlanc. “… what I can do is talk about the tools I used to structure my journey through querying – in particular, the websites that helped me figure out who to query and when.”

Insider is also looking for stories in health and parenting.

Austin Monthly is looking for stories on business, politics, sports, and tech.

Paste magazine wants anything to do with food or drinks.

The Independent is looking for “vibe shift” pitches, that is, vital conversations about life, relationships, work and our values.

The Third Pole is looking for women journalists to pitch stories about Central Asia.

Cosmopolitan are seeking feature proposals for the November print issue.

The Bookseller wants pitches that focus on people aged 25 or under working in the book trade and their concerns and interests.

The Conversation wants to hear about new research and Australian pop culture.

THIS magazine is open to pitches for their Culture issue.

And finally, if you like writing about beer, here’s a grant that seeks to highlight diversity and inclusion.

Don’t measure your progress by other people’s high or low standards.

Set your own. Then beat them.

INDIA: “There is an adjective that all too invitingly describes the wildly optimistic endeavours of the American book collector, the Hungarian-British explorer and the two Kashmiri pandits who, almost a century ago, took it upon themselves to translate Don Quixote into Sanskrit for the first time. Today, the same word might equally be applied to the efforts of the Bulgarian-born Indologist and Tibetologist who has rescued their text from decades of oblivion.”

HONG KONG: “Local journalists have been charged under the new law and much older ones, including a British-era sedition statute; the authorities tilted particularly hard at Apple Daily, a long-running pro-democracy paper, arresting its leadership, raiding its newsroom, and forcing it, ultimately, to shutter a little over a year ago.”

TURKEY: “The German Publishers & Booksellers Association and Frankfurter Buchmesse have called for the protection of exiled Turkish authors, publishers and intellectuals in Sweden and Finland threatened with extradition by Turkey’s president. Recep Tayyip Erdogan has demanded the extradition of Turkish exiles who are classified as “suspected terrorists” in their native country as part of an agreement allowing Sweden and Finland to join Nato.” 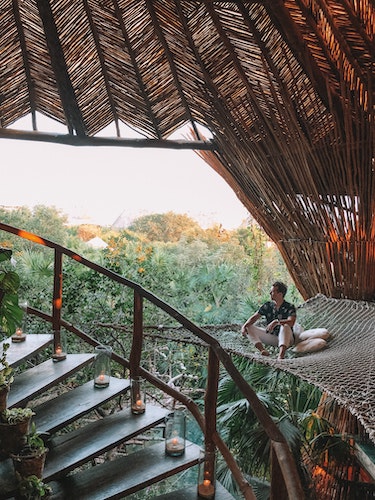 Photo by Austin Distel on Unsplash

The Wordlings have an incredibly long to-do list today, and finishing this newsletter was one of the bigger items. Done and on to the next. Share The Wordling with a writer who could use a bit of help with their long to-do list, too.