I have a bit of a love-hate relationship going with Twitter. I stopped posting on Twitter a few years ago because I was busy, life was kicking my ass, and my mental health couldn’t handle any more social media pile-ons. Then my verified account with thousands of followers was hacked. Years of audience building and relationships suddenly frozen in time.

I changed my name soon after so I thought, okay, new name, new social media accounts. Which is fine. But that old account remains frozen in time and despite repeated attempts to contact Twitter, I’ve gotten nowhere. It’s a VERIFIED account, so it should be easy to prove my identity and get the account back. But only if I can reach an actual human at the company.

So I’m asking for your help. Do any of you have experience with this? Know anyone who works at Twitter? I’d be grateful for any leads! (And thank you in advance for any tips!)

In the US, library workers are finding themselves “on the front lines of an acrimonious culture war, with their careers and their personal reputations at risk.”

In an article for The New York Times, journalists Elizabeth A. Harris and Alexandra Alter detail the pressures and attacks librarians all over the country are facing, especially from conservative parents and county officials who actively seek for books about race and LGBTQ+ subjects to be removed from library collections. “They have been labeled pedophiles on social media, called out by local politicians and reported to law enforcement officials. Some librarians have quit after being harassed online. Others have been fired for refusing to remove books from circulation.”

The 2022 Urban Libraries Unite Trauma Study, published last month, found disturbing levels of “trauma, stress, and burnout” in librarians and library workers, based on survey responses from more than 435 urban library workers. 68.5% of survey respondents said they’d experienced violent or aggressive behavior from patrons, and 22% said they have experienced violent or aggressive behavior from their co-workers.

Last month, residents of Vinton, a small town of about 5,000 in East Central Iowa, slammed their library’s LTBTQ+ staff for pushing a “liberal agenda,” leading to most of the staff quitting and the town’s library being shut down for more than a week. It’s been able to reopen its doors eventually, but only for four hours a day, with all special events and programs cancelled.

Last week, in Oklahoma, library workers were shocked “after receiving instructions to avoid using the word ‘abortion’ and not to help patrons locate abortion-related information on either library computers or their own devices. Workers were warned that they could be held legally liable and face penalties under the state’s abortion laws.”

Trying to do too much? Don’t. “It’s hard to be creative when you’re exhausted, when your gears are grinding, when all you want to do is binge cookies, fries and RuPaul’s Drag Race. Amirite?”

On giving yourself time: “Lately, when I’m asked how I balance novel-writing with the other stuff in my life (the parenting, the activism, the general admin of existence), I say to break everything down into small chunks of time and ring-fence that time,” writes Winnie M Li.

UK publisher 404 Ink is open to submissions for their Inklings series. Inklings are non-fiction books of about 20k words on topics that “range from culture to climate, politics to personality – anything that interests you and you believe has potential as an informative and engaging book.”

To pitch an idea for our Inkling series, please email us with:

– Up to 200 word description of your book idea (topic, how this could work as a book, angle you’d approach from, etc).

– 150 word biography about you / why you are the person to write about this topic.

– Some samples of your writing: links or email attachments both fine.

Start with a free, five-day email series on mastering your mindset and growing a creative business at craftsmancreative.co.

There will come a time in your life that you will get fed up of your own bullshit, your own drama, your own excuses.

That is when you’ll sit down and actually finish the work you were meant to do.

Do you really want to wait another twenty years for that moment to come, for that clarity to descend upon you?

Or would it just be easier to own up to your own bullshit now and, once and forever, be done with it?

ITALY: “The idea for the podcast was to tell a story from the world every day and to be the first podcast foreign correspondent. The idea was to tell stories from the world from [our base in] Italy or whenever possible from the field. So part of the project is that I travel, that I tell stories with my voice when I’m in Rome and sometimes with the live voice of a protagonist who is in Ukraine, in Texas, in Iran or elsewhere.”

SWEDEN: “ Reporters were initially sceptical about getting coffee with their communities, but the audience engagement project was the foundation for SVT’s digital transformation.” 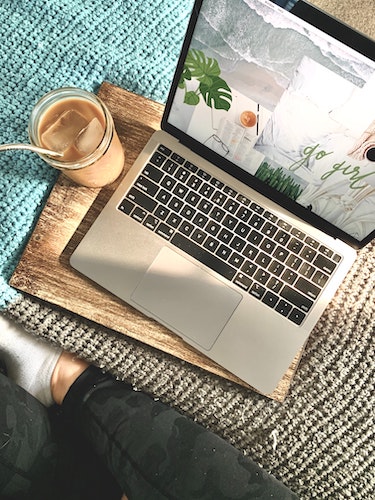 Photo by Meghan Mosser on Unsplash