It’s been a good week.

It’s never a great look when journalists become the story, but it’s even worse when the story starts with a tweet.

David Weigel, a national political correspondent at The Washington Post, retweeted a sexist joke by YouTuber Cam Harless, which read: “Every girl is bi. You just have to figure out if it’s polar or sexual.”

Felicia Sonmez, another reporter at the Post (who has previously been suspended for a tweet of her own and, for a separate incident, sued The Washington Post for discrimination), called Weigel out on this tweet. She sarcastically tweeted, “fantastic to work at a news outlet where retweets like this are allowed.”

From there, it spiralled. Other colleagues weighed in on Twitter. Slack conversations between colleagues were shared with the media. Weigel was put on a month-long suspension without pay. People defended Sonmez. People defended the Post. People attacked Sonmez. People attacked the Post. Executive Editor Sally Buzbee sent an email to newsroom staff with the subject line “respect and kindness” saying, in part, “We expect the staff to treat each other with respect and kindness both in the newsroom and online.”

Instead of bringing any calm, the memo further fuelled the flames, and more in-fighting ensued.

It would be easy to dismiss this as a tale of Reporters Gone Wild or as a story that’s just about the Post. In actual fact, this is more reflective of how clear social media policies among newsrooms are becoming an urgent need.

On his way out earlier this year, NYT Executive Editor Dean Baquet wrote in a memo to staff, “For some time, I’ve been hearing serious concerns from newsroom colleagues about the challenges that Twitter presents. We can rely too much on Twitter as a reporting or feedback tool—which is especially harmful to our journalism when our feeds become echo chambers. We can be overly focused on how Twitter will react to our work, to the detriment of our mission and independence. We can make off-the-cuff responses that damage our journalistic reputations. And for too many of you, your experience of Twitter is shaped by harassment and attacks.”

“[The Washington Post] has barely updated its social media guidelines since they were issued more than a decade ago, despite management acknowledging the need to do so,” Charlotte Klein writes in Vanity Fair. “Meanwhile, the flurry of tweets and Slack messages, as well as staff assurances and apologies, suggests there isn’t an effective channel for raising concerns about inappropriate behavior at the Post, or at least not one staff are utilizing.”

How a writing coach beats writer’s block: These six eccentric tips have worked for Roy Peter Clark as he’s written or edited 20 books.

In praise of dysfunctional heroines: Dawn Winter on celebrating women who defy expectations. “I think we’ve had enough of labels that imply a wrongness whenever a woman acts against expectation,” she writes.

Have some news and views of your own? Send ‘em here:

Reader Reviews for The Freelance Writer’s Guide to Content Marketing:

“The Freelance Writer’s Guide to Content Marketing was worth every penny and more! The information is organized clearly and for someone who has never done content marketing before, but would like to get started, this was the perfect beginner’s guide. It is packed with useful step-by-step information that can be applied easily.” – Susanna Barlow

“I have some experience in content marketing already and still found great value and insight into how to not only break into the field (which I found to be spot on from my experience) as well as how to increase revenue as a more established content writer.” – Anne Bouleanu

“I also love the way [Natasha] says to set the bar high and believe in your value. When I found myself making upwards of $300/hr doing some brand storytelling last month, I was prepared for the internal backlash (as in, “I don’t deserve this much money!”), and was therefore able to keep it to a minimum.” – Pam

Here’s what to do when you’re dealing with rejection. Soul-crushing, heart-breaking rejection.

Been rejected lately? Now you have a plan.

TAIWAN: The six-day Taipei International Book Exhibition (TIBE), which wrapped up on June 7, was an in-person event after two years of virtual fairs, Publishers Weekly writes. France returned as the guest of honor for a fourth time with about 80 publishers and 2,000 titles. There were special displays to mark the centennial of Marcel Proust’s death, present comic artist Emmanuel Lepage’s original works, and an exhibit of rare manuscripts from classical writers such as George Sand, Victor-Marie Hugo, and Alexandre Dumas. (Paywall)

UKRAINE: As of May 24, Russia had killed 29 journalists, injured another nine, and left at least 15 missing, The Institute of Mass Information, a Ukrainian media advocacy NGO, wrote on their website. In total, the Institute says, Russia has committed 280 crimes against journalists and the media in Ukraine.

UK: The BBC has set out the blueprint to build a digital-first public service media organization. Examples of future changes announced include the creation of a single, 24-hour TV news channel serving UK and international audiences, called BBC News, and plans to stop broadcasting smaller linear channels, such as CBBC, BBC Four, and Radio 4 Extra. 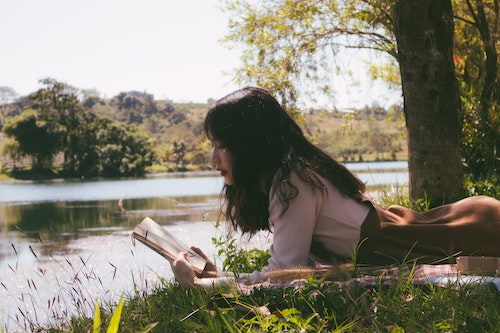 “Writing is like getting married. One should never commit oneself until one is amazed at one’s luck.”