I’ve been pretty relaxed all week. It feels like a bit of a reset in the Khullar Relph household where certain unaligned things have fallen away and new dreams, desires, and opportunities feel like they’re materializing just over the horizon. I have to remind myself to relax, enjoy the process, and let them come to me instead of chasing them down and beating them with a stick.

Sometimes not working feels like the hardest work of all.

Yesterday, The New York Times Magazine published an article by journalist Marcela Valdes, who spent a year reporting on the problematic history of diversity in book publishing and the ways it has affected editors, authors and what you see (or don’t see) in bookstores. Some excerpts:

For decades publishing insiders have wrung their hands over the ways in which television, video games and the internet have eaten into their profits, while ignoring the ways in which their own business practices have limited the audience for their products. Survey after survey shows that the two groups of Americans most likely to read books are those who have a bachelor’s degree and those who earn more than $75,000 a year. For publishers, this should be Champagne-popping news. After all, the percentage of Americans over 25 who have earned bachelor’s degrees has more than doubled since 1970. But demographically these graduates look different than they did in the 1970s — they are more likely to be women and to be Black, Asian or Latino — and by neglecting to build an audience among them, publishers may have lost millions of customers.

Even as late as 2016, a whopping 87 percent of publishing professionals identified as white or Caucasian in a survey conducted by Publishers Weekly, and only 11 percent identified as Black, Hispanic, Asian or mixed. That imbalance can feed an unhealthy culture. “The submission process, it was incredibly challenging,” one agent, who asked to remain anonymous to avoid hurting her authors, said of the pre-George Floyd years. “It’s basically white people looking for books about white people for white people.” Occasionally, subgroups would get a brief turn in a narrow spotlight: three or four writers from India, say. Or an undeniably brilliant writer would become a critical darling, then a commercial success.

“Insiders, especially some agents I’ve spoken to, are concerned that publishers are rushing to buy these books, but aren’t prepared to support them,” Deahl wrote me. “We’re in a very difficult environment, when it comes to finding an audience for books — the factors are myriad and longstanding, from the lack of review outlets to the movement from physical retail to online — and if a book doesn’t have the support of its publisher at publication, it’s unlikely to sell many copies. And, once you’re an author of a book with underwhelming sales, you’re going to find it very difficult to sell your next project to any publisher.”

How journaling helps me write: “My practice was shakier at the beginning, but now it’s rock solid. The last day I forgot to journal was March 9, 2018. I think of journaling day after day as “building the spine” of the animal that is the overall project, and 3/9/18 is a missing vertebrae, which galls me a bit,” writes Kate Folk.

Is there an inherent connection between sadness and art-making? “According to a famous early study of 573 creative leaders by the psychologist Marvin Eisenstadt, an astonishingly large percentage of highly creative people were, like Cohen, orphaned in childhood. Twenty-five percent had lost at least one parent by the age of ten. By age fifteen, it was 34 percent, and by age twenty, 45 percent,” writes Susan Cain.

From our How to Pitch page:

Is there a personal cost to revealing things about yourself that people don’t want revealed?

I will be honest. Yes. There is.

You’re going to have to weigh up the pros and cons, the things you’re willing to sacrifice, and how honest you want to be. Whether you’re going to fictionalise it or own your story and tell it as is.

It is useless to pretend that there isn’t a price associated with writing the truth.

The question is: Are you willing to pay it?

SWEDEN: “Swedes hoping for an easy ride into the Kindle store will be disappointed. There is no Kindle Sweden store, and it looks unlikely there will be in the future. Amazon’s Kindle programme touting the bold ambition to offer every book in every language sadly fell by the wayside almost eight years ago.”

SPAIN: In June, the Readmagine annual publishing conference opened in Madrid. “The event, which is organized by the Germán Sánchez Ruipérez Foundation (FGSR) and hosted by Casa de Lectores in Matadero Madrid—an old slaughterhouse turned cultural center—looks at innovation and trends in print and digital publishing.” Publishers Weekly shared some very interesting insights into the future of publishing and trends authors should know about. 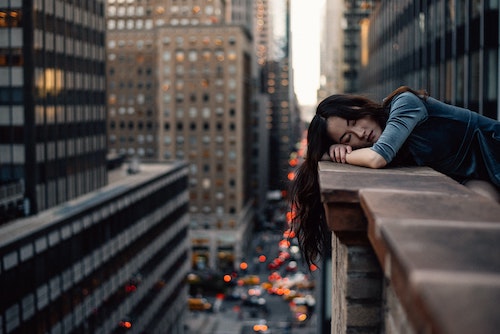 Photo by Hernan Sanchez on Unsplash

The Wordlings are doing taxes and accounting today and would rather not be. Share The Wordling if you’d rather be doing anything other than what you are.