In the most British thing to happen this past weekend, a group of us were drinking in the park for the Queen’s Platinum Jubilee celebrations and a security officer came up to us and said, “It’s against the rules of the park to be drinking, so could you please hide the bottle and be a bit more discreet?”

I really do love this country.

Been noticing a lot more novels, short stories, even essays being turned into movies or episodic series? Does it feel like everywhere you look, an author has a movie option? Are you finding yourself surprised to find The New York Times and Condé Nast in Netflix credits?

That’s because there’s a lot more writing that’s being adapted to screen. And literary agents are finding a new place at the moviemaking table.

In the Hollywood Reporter, Seija Rankin writes that there is “a new push to rethink the traditional page-to-screen pipeline—which insiders on both ends of the dealmaking equation say is meant to bolster the authors behind the IP Hollywood covets.”

Authors have often been an afterthought in movie adaptations and Todd Shuster, co-CEO of Aevitas Creative Management, was convinced there had to be a better way to get authors a place at the table.

The lit agency has developed several pipelines to secure more autonomy for authors and their representation, including a first-look deal with Anonymous Content that allows literary agents to serve as producers,” Rankin reports. “One fruit of this union was the 2020 Netflix movie The Midnight Sky , adapted from the novel Good Morning, Midnight by Aevitas literary agency client Lily Brooks-Dalton. Directed by and starring George Clooney, the film reached Netflix’s No. 1 spot in 77 countries, giving Shuster, who has a producer credit, the confidence that the model could work.”

By serving as producers, agents are able to defend the authors’ interest, the article goes on to say. “Such deals allow them, for instance, to advocate for the authors themselves to work in a screenwriting capacity, something that’s becoming increasingly common.”

How to know if your career in magazines is over: Kristin van Ogtrop on her years of working at Vogue, Glamour, and Real Simple. Also: on learning much too late that the business was dying, on firing employees she respected, and on finally quitting the job herself.

On publishing your debut novel in your 60s: Lisa Russ Spaar on the twenty-year journey that began in her 40s and led to her publishing her debut novel two decades later.

New Socialist is seeking pitches on the theme of class.

Foyer is open for submissions for its first issue. The theme is Connect.

Metro UK is seeking pitches for their Better Living section.

Better Homes & Gardens wants compelling personal essays about a specific recipe of significance to your family.

The Daily Mirror would love to hear from you for the lifestyle section. 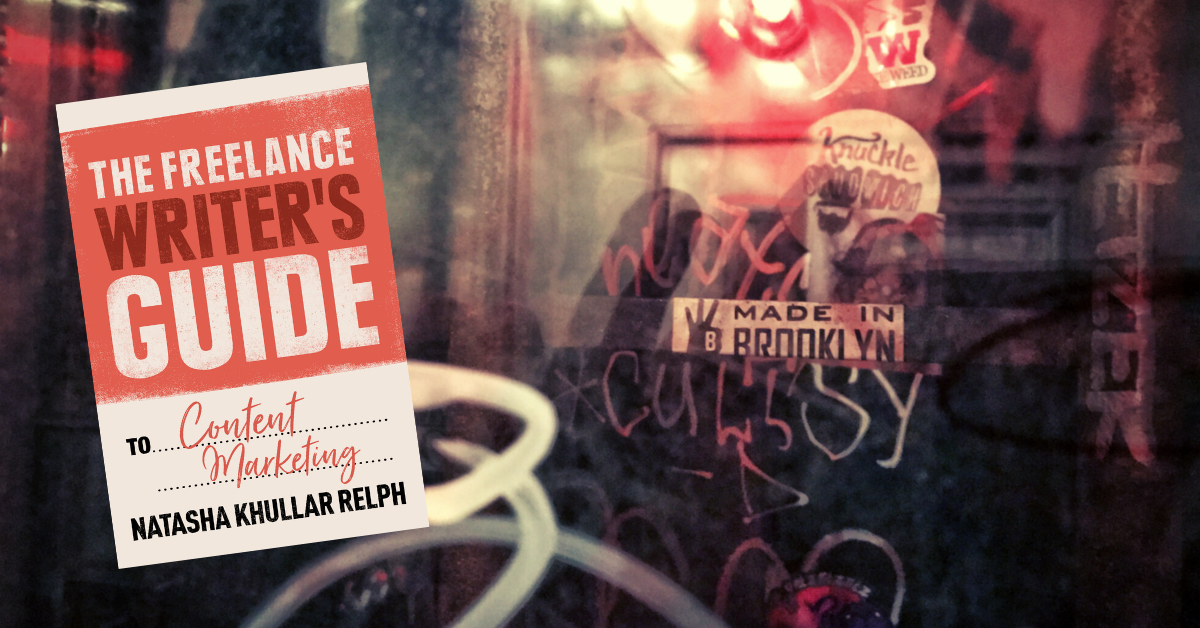 “Just like the promo material says, this book is straightforward, insightful, well-written, and incredibly useful… I also love the way Natasha says to set the bar high and believe in your value. When I found myself making upwards of $300/hr doing some brand storytelling last month, I was prepared for the internal backlash (as in, “I don’t deserve this much money!”), and was therefore able to keep it to a minimum. I highly recommend this book, and actually everything Natasha puts out. And, hey: it costs $4.99. Way better value than a Starbucks Latte.”

You were born to shine a light.

You were born to tell a story.

You were born to say what is only possible for you to say.

Your writing has a purpose. You were created to shine a light and tell a story.

That is a gift. It is also a responsibility.

UAE: Addressing the International Congress of Arabic Publishing and Creative Industries at Abu Dhabi’s National Exhibition Centre, Rakuten Kobo’s CEO Michael Tamblyn announced that during the last quarter of the year, Kobo would adopt Arabic “as a primary browsing language” for users. Based in Ontario, Rakuten Kobo is the second largest e-reader brand in the world (after Amazon), hosting some 7 million titles in 76 languages, and operating its delivery of ebooks to consumers in 190 countries. In addition, Rakuten Kobo runs local operations in 25 countries.

PAKISTAN: Police in Pakistan have launched criminal proceedings against at least six journalists and political talk show hosts in retaliation for their work. A string of identical complaints has been registered with police in several Pakistani cities by so-called “patriotic citizens,” accusing the journalists of spreading hate against the army and state institutions in their reporting.

ARGENTINA: Through a recession and a pandemic, the book business is thriving in Buenos Aires, reports the New York Times. “The Argentine capital has always been bookish. When hard times shuttered the big chain shops, book purveyors found a way to keep residents in fresh reading material.” 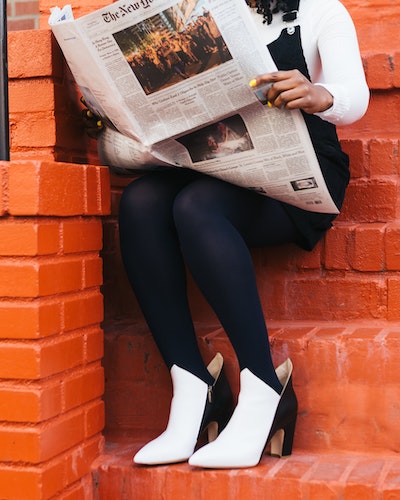 Photo by No Revisions on Unsplash

“The difference between fiction and reality? Fiction has to make sense.”

The Wordlings love that, for a writer, reading a novel in the middle of the day constitutes “research.” Share The Wordling with your writing friend who’s been researching for several days, too.