My husband set me a challenge to not work evenings and weekends and I have to tell you, it’s been incredibly difficult. A friend used to say freelancing is choosing which 18 hours of the day you work, and I feel like I’ve somehow made that my motto.

I’m trying to be better at taking time off. Being near the beach helps. So does having a gigantic pile of unread books.

I’ll let you know how it goes.

USA Today announced last week that it took down 23 stories in which breaking news writer Gabriela Miranda fabricated sources or other information.

“During the investigation, USA Today concluded that Ms. Miranda took steps to deceive investigators by producing false evidence of her news gathering, including recordings of interviews, according to the person briefed on the inquiry. One of the people involved in the investigation disputed that conclusion in Thursday’s meeting with staff, saying that the people looking into her work could not verify the identities of some people in the recordings,” the New York Times reports.

Over in Australia, another controversy’s been brewing. An investigation by the Guardian Australia uncovered 58 similarities and identical instances of text between parts of novelist John Hughes’ The Dogs and the 2017 translation of Belarusian Nobel prize Laureate Svetlana Alexievich’s nonfiction work The Unwomanly Face of War. This is in addition to parts of The Great Gatsby, Anna Karenina and other classic texts that the author says he “unintentionally” used in his book.

The revelations have led to Hughes’ 2021 novel being withdrawn from the longlist of the prestigious $60,000 Miles Franklin literary award.

Making a living as a working-class writer: “I was often housing insecure; sometimes even homeless. I’ve had fewer opportunities to publish and I do so at a higher cost,” writes Lori Fox.

George Orwell’s rules for good writing: “If it is possible to cut a word out, always cut it out,” and other pieces of advice from the legendary author.

New on our How to Pitch page this week:

The Open Notebook ($1,350 for reported features)

The page now has links to 124 guidelines. Check out all the publications, organized by category, here.

I’m in one of those exciting phases of work and creativity where everything seems easy, the words are coming endlessly, so fast I can’t even catch up, and I feel like I can challenge myself, push myself in ways that I haven’t before and come out victorious because I’ve got so much energy and excitement and simply joy for the work at hand.

You could call this a state of flow. Something that we get blessed with every now and again.

I call it habit.

ITALY/GERMANY: “Education publisher Pearson has sold its K12 courseware businesses in Italy and Germany to the Sanoma Corporation for £136m. The move comes after the publisher launched a strategic review of its international courseware local publishing businesses in March 2021. As part of this review Pearson has already completed the disposal of its Brazilian business in October 2021 for £108m.”

MYANMAR: “In its report from June 1, Radio Free Asia’s Burmese unit reports that Lwin Oo Sarpay, a high-visibility publishing house in Myanmar, has been closed by the junta “for importing and distributing a book on the 2017 Rohingya genocide”—and this report is based on information from Yangon’s state-controlled newspapers… The International Publishers Association (IPA) has worked with PEN America to issue a stinging condemnation of the action against Lwin Oo Sarpay.”

AFGHANISTAN: “A group of Afghan journalists who worked closely with the UK media for years have revealed how they face beatings, death threats and months in hiding, and accuse the government of reneging on a pledge to bring them to Britain. Having fought in vain for clearance to come to the UK since the return of Taliban rule last summer, the eight journalists are now taking legal action against the government.” 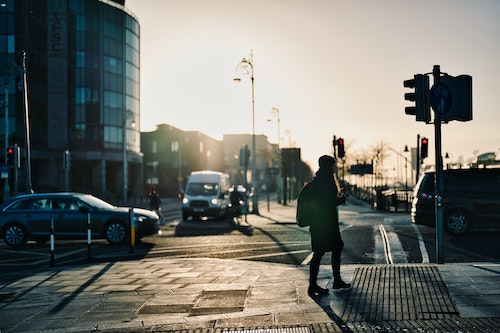 Photo by Yoshihiro on Unsplash

“We have to continually be jumping off cliffs and developing our wings on the way down.”

The Wordlings dream of having a home with wall-to-wall bookshelves and spend an inordinate amount of time researching how that would work. Share The Wordling with a friend with imaginary bookshelves.