I found out recently that the average age of an author on the New York Times bestseller list is 54. If you account for the fact that there are a lot of 20-somethings on there, it stands to reason that there are tons of people in their sixties, seventies, and eighties as well.

The threat of being “outed”

In what feels like a sick and twisted throwback to the eighties, Australian actor Rebel Wilson was forced into coming out on social media last week, following a journalist’s email threatening to “out” her.

Andrew Hornery, who writes a gossip column for the Sydney Morning Herald, emailed Wilson’s team saying, in part, “While I realise Rebel’s partner has not been mentioned as yet, I have several sources who have confirmed their status and I have enough detail to publish.” He gave her two days to respond.

Wilson did not respond. Instead, she posted about her relationship on Instagram.

In a perfect world, “outing” same-sex celebrity relationships should be a redundant concept in 2022. Love is love, right?

As Rebel Wilson knows, we do not live in a perfect world.

So, it was an abundance of caution and respect that this media outlet emailed Rebel Wilson’s representatives on Thursday morning, giving her two days to comment on her new relationship with another woman, LA leisure wear designer Ramona Agruma, before publishing a single word.

Big mistake?! Wilson opted to “gazump” her own life story?

Following a backlash, Hornery offered an apology. The paper denied any wrongdoing before more public outrage led to a forced and awkward admission of “mistakes made.”

Lessons for us, other than the obvious “don’t be an asshole”?

Be clear about the ethics, responsibilities, and legalities of your profession. Writing for the PressGazette, Dominic Ponsford says that UK tabloids would not have outed Wilson, citing several cases where relationships have been kept quiet or only revealed with the consent of people involved.

This is not because UK media is in any way morally superior; it is not. It is wholly down to laws. “The UK courts have made clear that when it comes to sexual matters a strong public interest must be proven if Article 10 (freedom of expression) of the Human Rights Act is to trump Article 8 (privacy). Adultery, for instance, is no longer sufficient public interest to justify revealing a relationship.”

Legality is only one part of it, though. Journalism ethics and decency are quite another. And that’s the part the SMH seems to have gotten worryingly wrong.

Is there such a thing as a reliable narrator? “Everything we say or recount, even if we intend to be honest, is shaded by our own lived experiences, identities, and biases. It follows that it must be the same for characters and narrators,” writes Stacey Megally.

When writing a novel, embrace uncertainty: “A novel, if the writer really means it, is a process in which the writer emerges at the other side having gone through something, and even deeply changed. If a writer isn’t willing to be changed by the work, I might wonder why do it,” says Maria Mutch.

Have some business-related pitches? Send them to these business publications.

We currently have 110+ publications in our How to Pitch section. More being added this week.

Check them out here.

Here’s how you finish a big, hairy, monster of a project:

2. Set out blocks of time to tackle it.

3. Find ways to beat the fear and resistance, which will show up every single time you sit down to work.

4. Work on it consistently.

Simple, but not easy. What’s the hairiest project on your to-do list today?

AUSTRALIA: It’s not been a great week for Australian media. “Archivists and librarians at the ABC are in shock after management unveiled plans to abolish 58 positions and make journalists research and archive their own stories. Reporters and producers working on breaking news, news programs and daily programs like 7.30 will have to search for archival material themselves and will be expected to log the metadata of any new material into the system.”

CHINA: “Chinese business and finance site Caixin has been named as the world’s largest news brand for digital subscriptions outside the US and UK. Caixin, a media group that offers content in both Chinese and English, has around 850,000 digital subscribers, according to a new ranking by the International Federation of Periodical Publishers (FIPP).”

BRAZIL: In October, Brazil will hold presidential elections that appear to be headed in the same contentious direction as the U.S. presidential election of 2020, NiemanLab writes. Even before voting has begun, the far-right incumbent, Jair Bolsonaro, has already started talking about voting irregularities—raising concerns that he might not concede defeat should he lose. Bolsonaro, who is polling behind the leading candidate, Luiz Inácio Lula da Silva, has also questioned President Joe Biden’s election win. “We don’t want that to happen in Brazil,” he said in a recent TV interview. 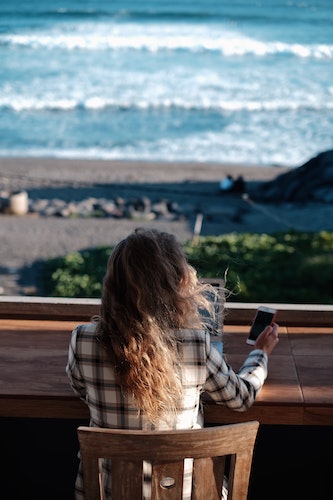 Photo by Daria Mamont on Unsplash

“I was a late bloomer. But anyone who blooms at all, ever, is very lucky.”

The Wordlings are about to embark on new projects and are, therefore, stuck on the most important step: creating playlists. Share The Wordling if you have playlists for each project, too.