“I’m unwilling to settle.” These are the words I thought repeatedly in the months before I met my now-husband-of-12-years. I was an Indian woman living in Delhi, my standards were high, and my expectations were, in the words of my mother and closest friends, “unreasonable.” Didn’t matter to me. I was finally deliriously happy with my singledom. It would take a lot for me to give up that life and that freedom.

The sense of déjà vu is strong in my life right now, because that’s exactly how I’m feeling about publishing.

Women see harassment and attacks as the price they pay for being a female journalist, according to a new study published in the Journalism & Mass Communication Quarterly. Kaitlin Miller, assistant professor of journalism and media at the University of Alabama and the author of the study, said a lot of young journalists she’s spoken with are fearful of saying anything because they don’t want to be labeled as whiners.

The problem is global and far-reaching. In March this year, the BBC World Service filed an urgent appeal to the United Nations against Iran over the online violence faced by women journalists working for BBC News Persian. In India, dozens of Muslim journalists, politicians, and activists found themselves listed as being “for sale” on an app, in a demeaning fake auction publicized on Twitter. The app has since been banned.

In interviews with Vanity Fair, several female journalists from publications such as The New York Times and Washington Post said they do not feel supported by their organizations. “Even the most open-minded media organizations are still run by men who don’t fundamentally understand the misogynistic nature of these attacks,” one reporter said. Several reporters in the Vanity Fair story chose to stay anonymous “due to fear of worsened harassment, as well as potential punishment by their employer for speaking out.”

In 2014, 23 percent of women journalists who responded to a UNESCO survey said they had been threatened, intimidated and insulted online in connection with their work. By December 2020, this number had increased to 73 percent.

To combat this online abuse, the Thomson Reuters Foundation launched a tool in partnership with Google’s Jigsaw this month that “allows journalists to document and manage online harassment and abuse on their social media channels while limiting their exposure to it.” TRFilter is currently available for use on Twitter and is free for journalists.

How to get book reviews: Like it or not, book reviews matter, and it’s your job as an author to get them. Here’s how to start the process of asking for them.

1,000 words of summer: Author Jami Attenberg started a two-week writing bootcamp with a friend that would keep them motivated. Little did she know, it would lead to a community of thousands of people and an annual tradition of writers coming together to write.

We have 110 pitching guidelines for publications in the following categories:

Pitch them now and get those assignments!

This is required reading for every writer who knows they could improve their career if only they didn’t find query letters so damn difficult.

The Freelance Writer’s Guide to Query Letters That Sell tells it straight. Writer to writer. Conversational in style, understanding in tone; it’s going to kick your writerly ass. Because here’s the thing: Nobody loves pitching. What they love is getting assignments from dream publications. If the conversation is quality versus quantity, you’re in the wrong conversation. Leave. Leave right now and don’t look back.

Quality should never be a conversation. Quality is a given. Quality is the bare minimum of what you need to build a brand, a business, and a career.

Now, quantity. That’s an overdue conversation we must have.

UKRAINE: “The Washington Post will establish a new bureau in Kyiv, with Isabelle Khurshudyan leading coverage as Ukraine bureau chief, and Max Bearak serving as chief Ukraine correspondent. The move signals The Post’s long-term commitment to covering Russia’s war in Ukraine and the people affected.”

CHINA: “For years China’s censors have relied on a trusted tool kit to control the country’s internet. They have deleted posts, suspended accounts, blocked keywords, and arrested the most outspoken. Now they are trying a new trick: displaying social media users’ locations beneath posts.” 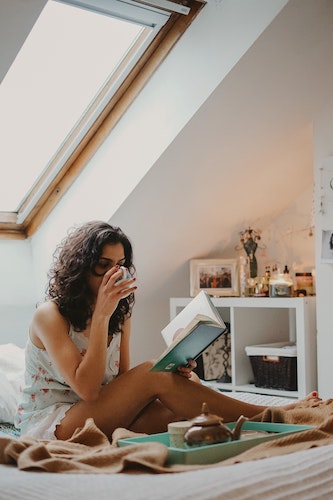 Photo by Toa Heftiba on Unsplash

“We have to continually be jumping off cliffs and developing our wings on the way down.”

The Wordlings have gotten so used to the slow pace of traditional publishing that it almost felt like whiplash getting lightning fast responses from an independent publisher. Share The Wordling with a writer friend who’s tired of waiting.